One night, as a couple lays down for bed, the husband starts rubbing his wife’s arm.

The wife turns over and says ‘I’m sorry honey, I’ve got a gynecologist appointment tomorrow and I want to stay fresh.’

The husband, rejected, turns over.

A few minutes later, he rolls back over and taps his wife again.

END_OF_DOCUMENT_TOKEN_TO_BE_REPLACED

A wife asked her husband, “What do you like most in me, my pretty face or my sexy body?”

He looked at her from head to toe and replied, “Your sense of humor.”

An older couple were lying in bed one night. The husband was falling asleep but the wife was in a romantic mood and wanted to talk.

She said: "You used to hold my hand when we were courting." Wearily he reached across, held her hand for a second and tried to get back to sleep.

A few moments later she said: "Then you used to kiss me." Mildly irritated, he reached across, gave her a peck on the cheek and settled down to sleep.

END_OF_DOCUMENT_TOKEN_TO_BE_REPLACED

A woman was in a coma.  She had been in it for months.

Nurses were in her room giving her a bed bath.  One of them was washing her private area and noticed that there was a slight response on the monitors whenever she touched her there.  They tried it again and sure enough, there was definite movement.

They went to her husband and explained what happened, telling him, ‘As crazy as this sounds, maybe a little oral sex will do the trick and bring her out of the coma.’

END_OF_DOCUMENT_TOKEN_TO_BE_REPLACED

… a little rain doesn’t screw up your fishing. 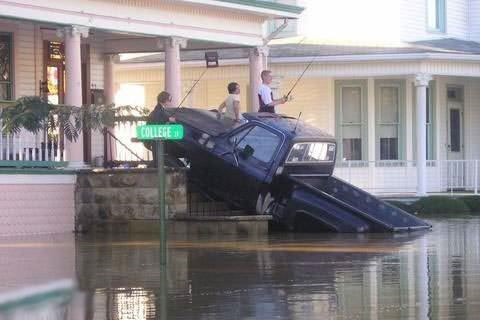 … you need fashion advice from your husband. 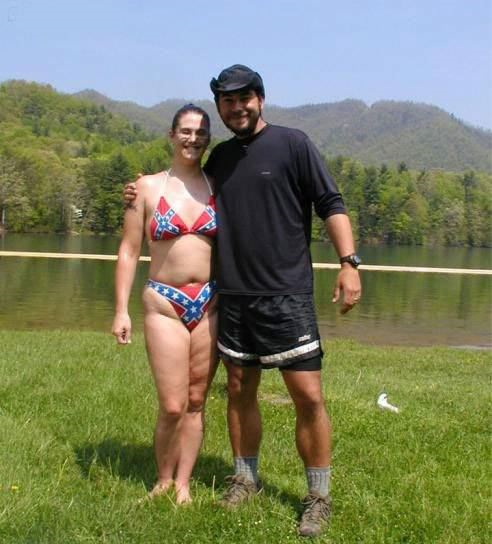 END_OF_DOCUMENT_TOKEN_TO_BE_REPLACED

The wife came home early and found her husband in their bedroom making love to a very attractive young woman. And she was upset. “You are a disrespectful pig!” she cried. “How dare you do this to me — a faithful wife, the mother of your children! I’m leaving you. I want a divorce right away!”

And the husband replied, “Hang on just a minute love, so at least I can tell you what happened.”

END_OF_DOCUMENT_TOKEN_TO_BE_REPLACED

Bob, a 70-year-old, extremely wealthy widower, shows up at the Country Club with a breathtakingly beautiful and very sexy 25-year-old blonde-haired woman who knocks everyone’s socks off with her youthful sex appeal and charm and who hangs over Bob’s arm and listens intently to his every word.

His buddies at the club are all aghast. At the very first chance, they corner him and ask, ‘Bob, how’d you get the trophy girlfriend?’

END_OF_DOCUMENT_TOKEN_TO_BE_REPLACED

Q. What is the difference between a Drug Dealer and a Hooker?

A. A Hooker can wash her crack and sell it again.

A. When you see your Mother-In-Law backing off a cliff in your new car.

Q What’s the height of conceit?

A. Having an orgasm and calling out your own name.

Q. What’s the definition of ‘Macho’?

END_OF_DOCUMENT_TOKEN_TO_BE_REPLACED

A woman was out golfing one day when she hit the ball into the woods. She went into the woods to look for it and found a frog in a trap. The frog said to her, “If you release me from this trap, I will grant you three wishes.” The woman freed the frog, and the frog said, Thank you, but I failed to mention that there was a condition to your wishes.

Moral of the story: Women are clever. Don’t mess with them.

Attention female readers: This is the end of the joke for you. Stop here and continue feeling good.

Male readers: Please read the rest of the joke.
END_OF_DOCUMENT_TOKEN_TO_BE_REPLACED