So Barack Obama and Donald Trump somehow ended up at the same barber shop. As they sat there, each being worked on by a different barber, not a word was spoken. The barbers were both afraid to start a conversation, for fear that it would turn nasty.

As the barbers finished their shaves in silence, the one who had Trump in his chair reached for the aftershave. But Donald was quick to stop him, jokingly saying, “No thanks. My wife, Melania, will smell that and think I’ve been in a brothel.”

The second barber turned to Barack and said, “How about you, Mr. Obama?” Barack replied, “Go right ahead, my wife Michelle doesn’t know what the inside of a brothel smells like.”

Honey, I got hit by a car outside the office. Paula brought me to the Hospital. Doctors presently doing tests and taking X-rays. Severe blow to my head but not likely to have any lasting effects. Wound required 19 stitches. I have three broken ribs, a broken arm and compound fracture in the left leg. Amputation of the right foot is a possibility.

END_OF_DOCUMENT_TOKEN_TO_BE_REPLACED

A woman and her twelve-year-old son were riding in a taxi in Detroit. It was raining and all the prostitutes were standing under awnings.

“Mom,” said the boy, “what are all those women doing?”

“They’re waiting for their husbands to get off work,” she replied.

The taxi driver turns around and says, “Geez lady, why don’t you tell him the truth? They’re hookers, boy! They have sex with men for money.”

END_OF_DOCUMENT_TOKEN_TO_BE_REPLACED

The coach had put together the perfect team for the Baltimore Ravens. The only thing missing was a good quarterback. He had scouted all the colleges and even the Canadian and European Leagues, but he couldn’t find a ringer who could ensure a Super Bowl win.

Then one night while watching CNN he saw a war-zone scene in the West Bank . In one corner of the background, he spotted a young Israeli soldier with a truly ​ ​ ​incredible arm. He threw a hand-grenade straight into a 15th story window 100 yards away. KABOOM!

END_OF_DOCUMENT_TOKEN_TO_BE_REPLACED

Gun Control. It has already started at Dick’s Sporting Goods. When I was ready to pay for my purchases of a new rifle and bullets, the cashier said, “Strip down, facing me.”

Making a mental note to complain to the NRA about the gun control whackos running amok, I did just as she had instructed.

When the hysterical shrieking, security, and alarms finally subsided, I found out that she was referring to how I should place my credit card in the card-reader. I have been asked to shop elsewhere in the future. They need to make their instructions to us seniors a little clearer!

END_OF_DOCUMENT_TOKEN_TO_BE_REPLACED 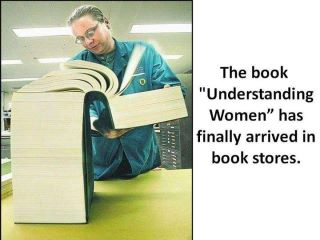