Brilliant in its simplicity…

END_OF_DOCUMENT_TOKEN_TO_BE_REPLACED

A labor union rep walks into a bar next door to the factory and is about to order a drink to celebrate Obama’s victory when he sees a guy close by wearing a Repeal ObamaCare button and two beers in front of him.

He doesn’t have to be an Einstein to know that this guy is a Republican. So, he shouts over to the bartender so loudly that everyone can hear, “Drinks for everyone in here, bartender, but not for the Republican.”

Soon after the drinks have been handed out, the Republican gives him a big smile, waves at him, then says, “Thank you!” in an equally loud voice. This infuriates the union rep.

END_OF_DOCUMENT_TOKEN_TO_BE_REPLACED

A woman who had been married three times walked into a bridal shop one day
and told the sales clerk that she was looking for a wedding gown for her
fourth wedding.

“Of course, madam,” replied the sales clerk, “exactly what type and color
dress are you looking for?”

The bride to be said, “A long frilly white dress with a veil.”

END_OF_DOCUMENT_TOKEN_TO_BE_REPLACED

“You WERE right! I should have settled for a blow job!”

A woman, married three times, walked into a bridal shop and told the sales clerk that she was looking for a wedding gown for her fourth wedding.

"Of  course, madam," replied the sales clerk, "Exactly what style and color are you looking for?"

The bride to be said:  "A long frilly white dress with a veil."

END_OF_DOCUMENT_TOKEN_TO_BE_REPLACED

Here is a little test that will help you decide.

You’re walking down a deserted street with your wife and two small children.

Suddenly, an Islamic Terrorist with a huge knife comes around the corner, locks eyes with you, screams obscenities, praises Allah, raises the knife, and charges at you…

You are carrying a Kimber 1911 cal. 45 ACP, and you are an expert shot. You have mere seconds before he reaches you and your family.

END_OF_DOCUMENT_TOKEN_TO_BE_REPLACED

Thank you to TheJoker for sending this to me.

This is a very sad story about a bear.  Everybody should heed the warning to not feed wildlife because they become dependent and cannot forage for themselves anymore.

This is such a tragedy to see what they have done to our country’s wildlife!

The photo below captures a disturbing trend that is beginning to affect  US wildlife  . . . . 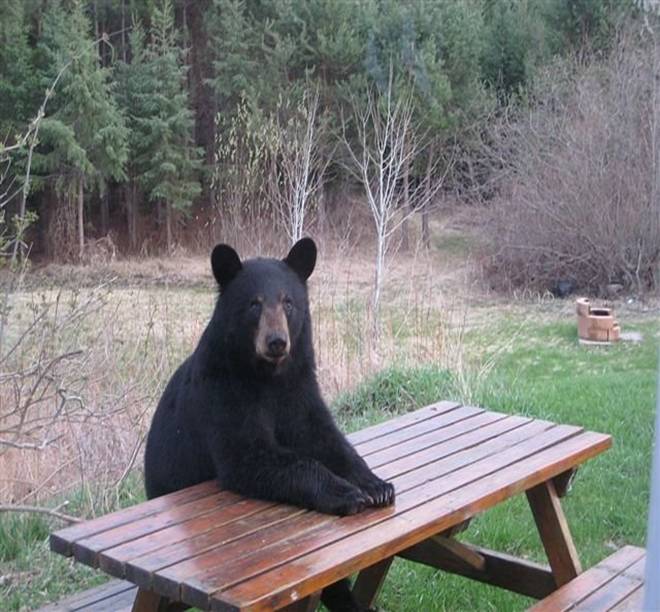 Animals that were formerly self-sufficient are now showing signs of belonging to the Democrat Party….. as they have apparently learned to just sit and wait for the government to step in and provide for their care and sustenance.