The news of Apple suing HTC for patent infringement have the blogs buzzing with sarcasm. In that vein, I offer two hilarious posts.  Enjoy! 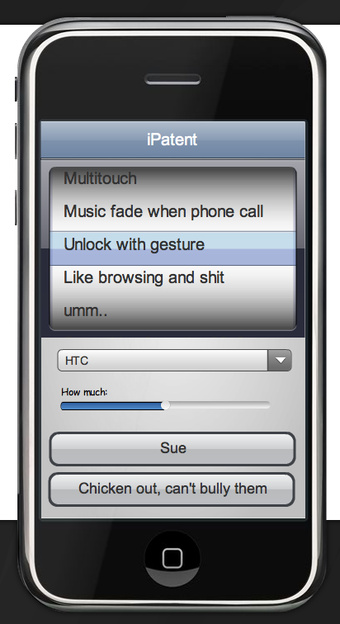 Presenting the iPatent.  (Shout out to Drippler for this image)

Also, announced on DevTopics is Apple’s latest suit (presumably decided by the above iPatent app):

Apple Inc. has filed a federal lawsuit against “the world” for violating its U.S. Patent 3,141,5926 “Removing a Booger by Performing Gestures with a Finger.” Apple is demanding licensing royalties from all world citizens who pick their nose, and a cease & desist order against Kleenex tissues for providing citizens with an alternate method to jailbreak boogers and avoid Apple’s patent. 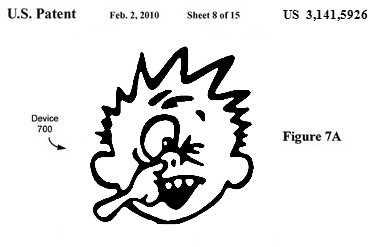 Read the rest of DevTopic article here.  Be prepared to laugh (or cry).